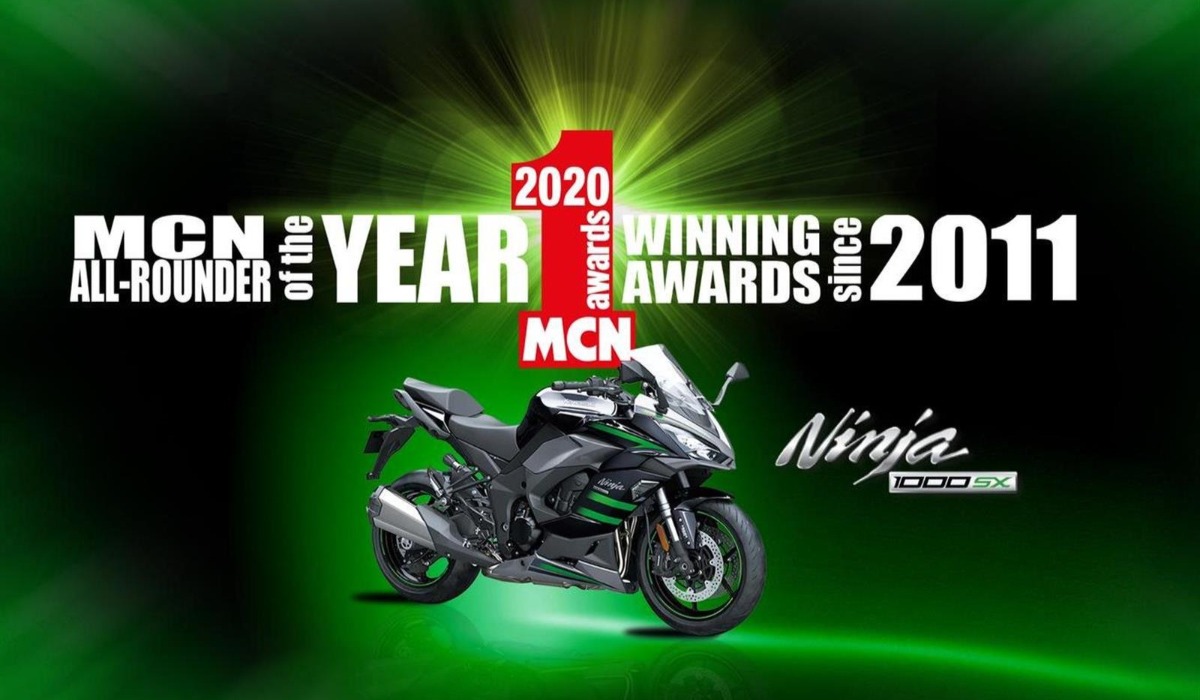 Motorcycle News has today announced the Ninja 1000SX as its 'All Rounder of the Year' in the 2020 MCN Awards.

The 2020 Ninja 1000SX is the fourth generation of the popular sport touring machine, providing motorcyclists with the same great performance but with a sportier and more dynamic styling. The 2020 model also provides cleaner emissions and increased comfort, as well as Electronic Cruise Control and integrated Riding Modes.

Today's award marks a tenth consecutive MCN Award win for Kawasaki, and the newspaper named the Ninja 1000SX its 'All Rounder of the Year' for 2020, stating, “the Ninja handles with greater precision, less effort and a lot more grace. Its long-stroke inline four continues to offer lashings of easy, eager thrust at all revs without needing to be worked hard.”

Craig Watson, Kawasaki Motors UK Sales & Marketing Manager added, “We are really proud to have this machine named MCN's All Rounder of the Year. Since its introduction, the Ninja 1000SX has been one of our most popular machines, giving motorcyclists a comfortable and sporty solution no matter whether they're seeking a daily commuter or looking to head out on a lengthy tour.

It's great that its all-round capabilities have been recognised by MCN and the win cements ten successfully years for Kawasaki in the annual awards.”