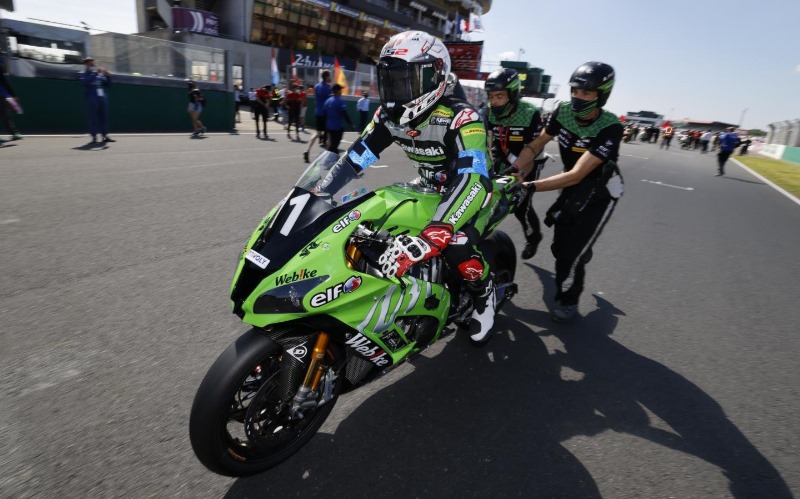 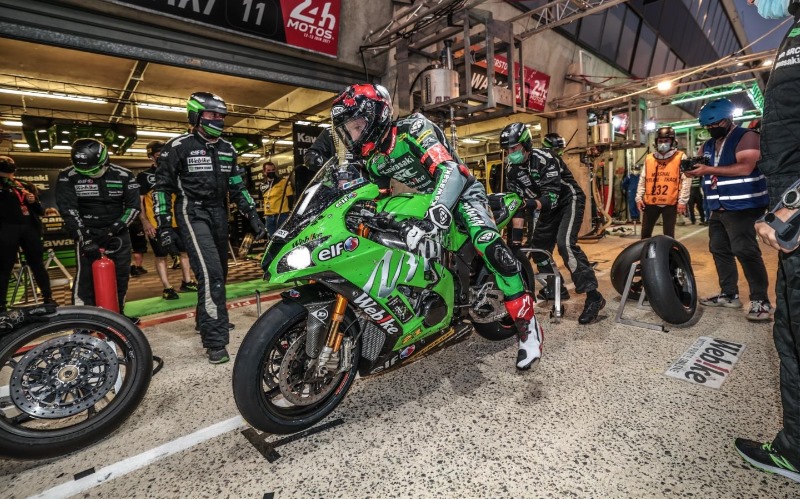 At midday, the chequered flag was waved after 24 hours of racing and the Webike Kawasaki France Trickstar SRC Team finished second aboard the famous #11 Ninja ZX-10RR – a magnificent podium.

The three riders Jérémy Guarnoni, Erwan Nigon and David Checa have again shown their skill and perseverance. Kawasaki, the most successful manufacturer at the 24 Hours of Le Mans, was not far from adding a 15th victory to its record tally.

The beginning of the race was marked by many twists and turns, with some competitors crashing out on the first corner. Starting from 7th position, Jérémy managed to make up two places before the safety car intervened.

From then on, Ninja #11 continued to run smoothly, with excellent consistency. One thing led to another and the team moved up to second place overnight, an ideal scenario creating a strategy that paid dividends at race end. Indeed, the Ninja equipped with its Trickstar exhaust and Dunlop tyres performed perfectly throughout the race and especially at night in the cooler temperatures.

Gilles Stafler, Team Manager of the SRC Team: "Even if I came to win the race, I am very happy with this second place. It was very hot, the competition was tough, and as long as the chequered flag was not shown, anything could happen! But we managed to put up a very good fight, which allows us to score important points for the Championship
The whole enterprise did a great job together, the team cohesion and the long experience of the staff and riders allowed us to get this place today. The Ninja ZX-10RR once again showed its extraordinary reliability and performance.”

The team thanks to all its partners, especially ELF, Dunlop, Webike, Trickstar, Tivoly, Primset, NGK, RK without whom this would not be possible. 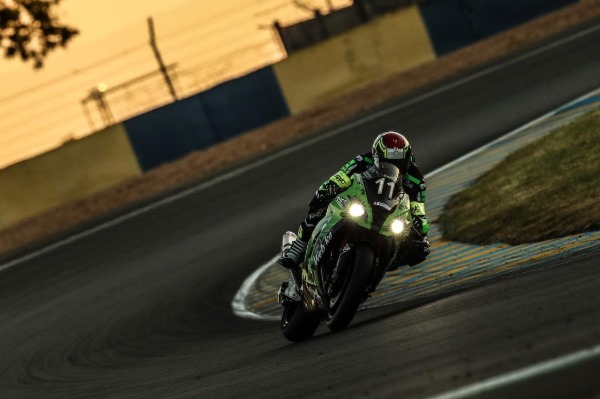 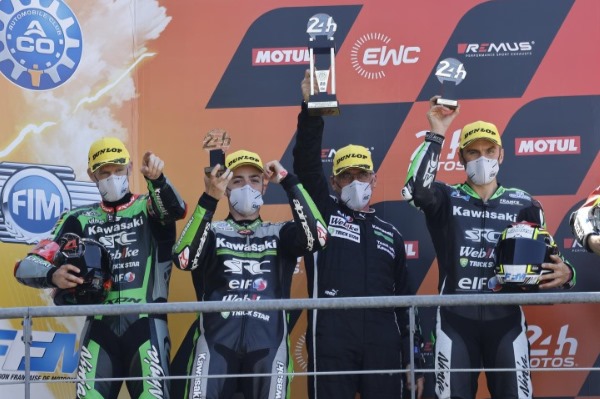 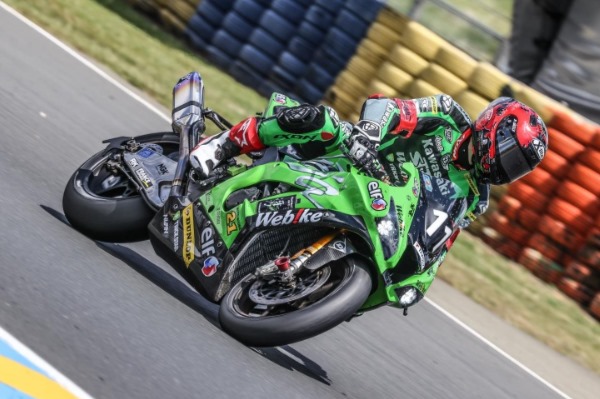