Riding away on the Kawasaki of your dreams may be easier than you think, thanks to the latest Personal Contract Purchase (PCP) finance offers from Kawasaki Motors UK. 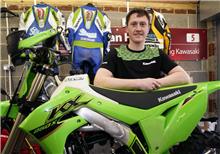 Catching Up With Dean Harrison

Following two years of cancellations due to the Covid-19 pandemic, the Isle of Man TT is back for 2022 and promises to be bigger and better than ever before.

Kawasaki Racing Team announce ???once in a lifetime Heritage Auction???

Following the worldwide response to the one-off KRT Superbike team heritage livery used at the Argentinian round of the World Superbike Championship in 2021, the Kawasaki Racing Team have created a unique experience combining a road going replica kit f... 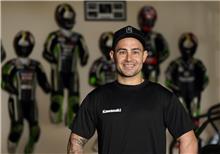 2018 Bennetts British Superbike Champion Leon Haslam is making an exciting return to the series this season, setting his sights on regaining his title. The popular rider will be racing for the Lee Hardy Racing team, riding the Ninja ZX-10RR. 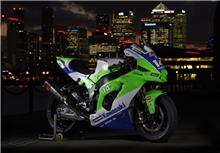 The FS-3 Racing Kawasaki team, the official Team Green entry in the Bennetts British Superbike championship, has today unveiled a striking new retro-inspired livery that will be used for all 11 rounds of the 2022 season.

The GR Motosport-run STAUFF Fluid Power Kawasaki team has made the exciting move to bring former BSB star Joe Francis into the Pirelli National Superstock Championship for 2022. Joe will campaign the entire season aboard the Ninja ZX-10RR machine.

Shunji Tanaka - farewell to the man behind the mask

One of the most influential motorcycle designers of recent times has sadly died at his home in Japan at the age of 75. In December 2021, Shunji Tanaka passed away and leaves a considerable legacy in terms of his influence on motorcycle design while Des... 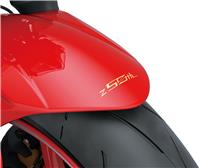 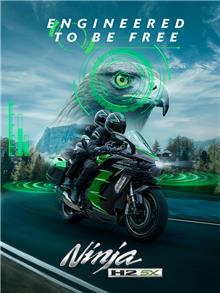 Kawasaki will launch the most comprehensively specified Sport Tourer ever created in 2022 and, thanks to new innovative ARAS technology from technical partner Bosch, this new machine will be on the radar of a legion of motorcycle fans. 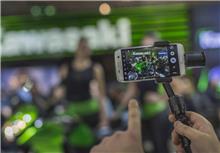 The President of the newly formed Kawasaki Motors, Ltd. ??? Mr Hiroshi Ito - visited the 2021 EICMA show in Milan to unveil a number of key models for the 2022 season while displaying corporate confidence in terms of international travel, alternative pow... 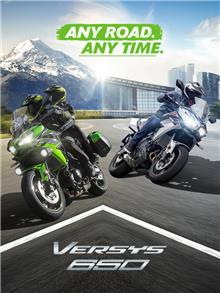 Firmly established as the "go-to" mid-capacity any roads machine in its segment for a multitude of riders, Kawasaki has considered carefully how to move the concept forward in 2022. 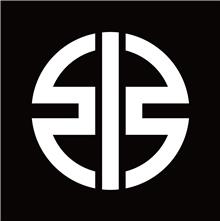 A company with over 120 years of heritage, Kawasaki Heavy Industries (KHI), encompasses manufacturing enterprises focusing on sea, land, air and even into deep space. Following the announcement of the creation of a new company within the Kawasaki group...

Kawasaki's any roads Versys 1000 has successfully established a place for itself in the hearts of numerous riders in the past few years, and that success story looks set to continue in 2022 as Adventure Calls once more. 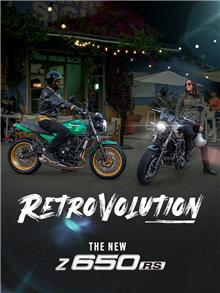 Kawasaki will start a Retrovolution in 2022 with the introduction of the new Z650RS. Augmenting its already hugely popular retro sport line, the Z650RS will open the mid-capacity class to a wide range of riders.

With few, if any, rivals, the Kawasaki sport touring Ninja 1000SX has been one of the stand-out machines of recent years. Carving itself an enviable niche as a machine that has supersport handling and DNA combined with the comfort and flexibility to to...

Re-energising one of Kawasaki's most lusted after paint schemes from the 1970's, the new Z900RS SE model for the 2022 season will be available in the classic "Yellow Ball" livery of the original 1972 Super Four, model Z1. 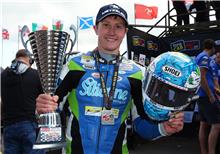 The legendary Ulster Grand Prix might have been postponed again for 2021, but the iconic Dundrod circuit just outside of Belfast in Northern Ireland has been the scene of success for many Kawasaki riders over the years. 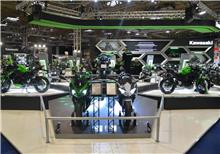 Kawasaki Motors UK is pleased to announce that it is returning to Motorcycle Live on December 4th - 12th 2021. After the cancellation of the physical show in 2020, this year will mark the return of fans to the NEC Centre and Kawasaki will be showcasing... 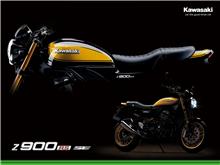 Re-energising one of Kawasaki's most lusted after paint schemes from the 1970's, the new Z900RS SE model for the 2022 season will be available in the classic "Yellow Ball" livery of the original 1972 Super Four, model Z1. 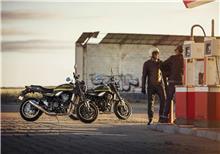 Greener E10 fuel and what it means for you

With news of a new fuel composition being introduced in the UK later this year, and the constant need to be more economically friendly, we've enlisted the help of our partners at the RAC to explain how these changes will affect you and your Kawasaki. 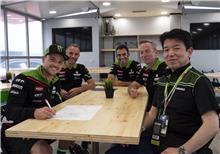 Alex Lowes will remain an integral part of the Kawasaki Racing Team for the coming seasons, having agreed a new multi-year deal that will take him into his third year as an official Kawasaki WorldSBK rider.

12h of Estoril : Podium for the #11 finishing second

For the second round of the EWC World Endurance Championship, the Webike SRC Kawasaki France Trickstar Team managed to run an exceptional 12 hour race on the famous Estoril circuit in Portugal. Once again, the experience of the riders and the mechanica... 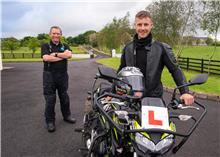 Six-time consecutive World Superbike Champion, Jonathan Rea, has achieved another of his personal goals by passing his UK motorcycle test.

At midday, the chequered flag was waved after 24 hours of racing and the Webike Kawasaki France Trickstar SRC Team finished second aboard the famous #11 Ninja ZX-10RR - a magnificent podium. 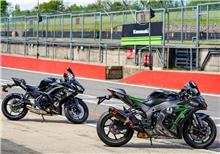 Last week, Brands Hatch circuit in Kent played host to the opening California Superbike School of the summer. The two-day event marked the first time the school took to the track with the new fleet of Kawasaki machinery. 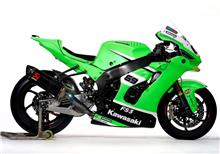 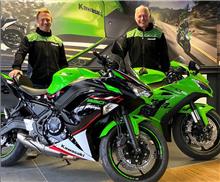 Kawasaki UK is delighted to announce that the legendary California Superbike school has chosen to go "Team Green" with a fleet of brand new Kawasaki's for both instructor and hire bikes.

Don't Miss Out On Your Free Club Kawasaki Membership

If you have purchased a new Kawasaki motorcycle, you have free access to Club Kawasaki membership with exclusive discounts, news, events and more. You must activate your account within 12 months to gain access for free. 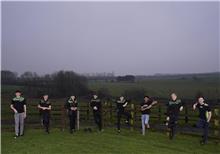 After an incredible debut season, the Leon Haslam-supported Affinity Sports Academy team is returning as the official Kawasaki UK team in the junior classes for 2021, competing across the Junior Supersport and National Superstock 600 classes.